The Federal Polytechnic Idah, initially known as Idah College of Technology was established on Monday 28thNovember, 1977 by the then Federal Military Government. It was part of a broad national attempt to solve practical problems facing the Nigerian economy. It was one of the seven Polytechnics established under decree No.33 of July, 1979. Its establishment was part of the Nation’s attempt to solve practical technological manpower problems facing the nation with the following mandates:

i. to provide full-time courses of instruction and training in technology, applied science, commerce and management and in such other fields of applied learning relevant to the needs of the development of Nigeria in the areas of industrial and agricultural production and distribution, and for research in the development and adaptation of techniques as the Council may from time to time determine;

ii.  to arrange conferences, seminars, and study groups relative to the fields of learning specified above and

iii. to perform such other functions that, as in the opinion of the Council, may

serve to promote the objectives of the Polytechnic.

The Polytechnic is situated in the ancient town of Idah, the traditional headquarters of the Igala Kingdom in Kogi State. The Polytechnic has an area of 1,238.5 hectares of land bounded to the North by Idah/Anyigba Road, to the East by Idah/Odolu Road, to the South by Idah/Ibaji Road, and to the West by the River Niger.

The Polytechnic took off at a temporary office located in a rented building in Idah town. It immediately went into negotiation with the then Benue State Government for possible temporary accommodation for students and other teaching and learning activities. As a result of this negotiation, the Benue State Government directed the Government Teachers College, Alloma which was in Idah temporarily at the time, to move to its permanent site at Alloma, about seventy kilometres from Idah. The Polytechnic thus inherited their former temporary site which was made largely of batchers. This was considered adequate since the main emphasis was to get students in and commence lectures.

The development of the Institution was based on a master plan drawn up by the Federal Ministry of Education in 1977.

Contracts for the phase one development plan were awarded by the President –in-Council in May, 1980 but actually the work for the construction for the main buildings, laboratories, and workshops for Electrical, Metallurgy and Mechanical Engineering Departments started in 1981. The School of Engineering after some time, moved from the temporary site to the permanent site in September, 1986 the Institution is now operating with 100% of its academic departments and administrative offices at the permanent site.

The Polytechnic community began to grow almost immediately. Physical structures and staff strength increased and within a year, Engineering students were taking part in construction work at the temporary site. The then Ata Igala, His Royal Majesty, Alhaji (Dr) Aliyu O. Obaje CBE, CON, FIAMN, LLD, CFR, whose benevolence was unmatched, stopped at nothing to encourage the pioneer staff and students who persevered under difficult conditions as Idah, at the time, had little infrastructure, to support the existence of an institution of higher learning. 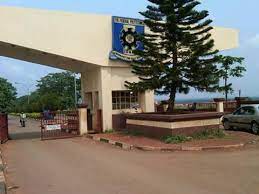